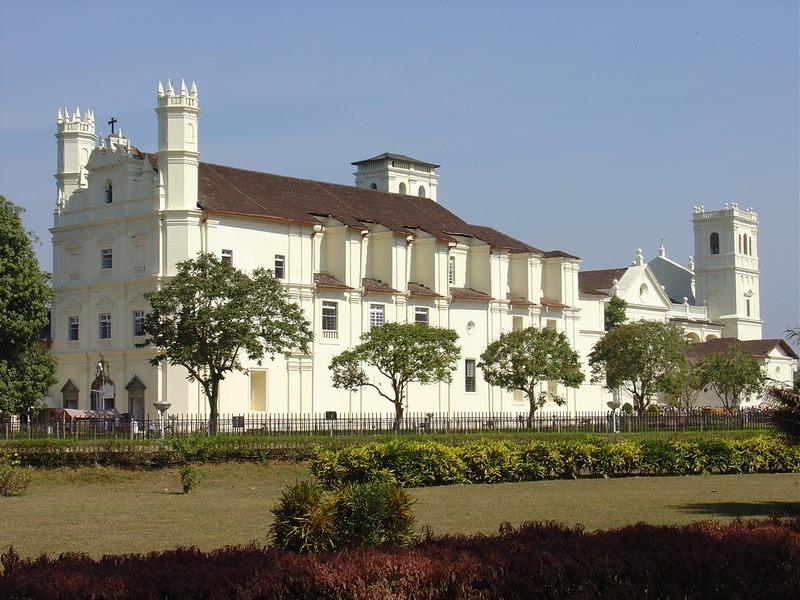 Travel Tips: This place is usually visited from Basilica of Bom Jesus (240 mts).

At a distance of 9.2 km from Panjim Kadamba Bus Stand, 27 km from Vasco Da Gama Railway Station and 22 km from Mapusa, St. Francis of Assisi Church is situated near the Se Cathedral in Old Goa. It is one of the prime tourist places to visit in Goa. This place is part of UNESCO World Heritage Site (Churches & Convents of Goa).

The Church of Saint Francis of Assisi is a Roman Catholic Church situated in the main square of Old Goa. The Church and Convent of St. Francis of Assisi were established by eight Portuguese Franciscan friars who landed in Goa in 1517. After their arrival in 1517 with their consistent efforts they constructed a small chapel with three altars and a choir. Eventually in the year 1521 the chapel was modified into a church and dedicated to the Holy Ghost in 1602. Later the church was pulled down and the present church was constructed on the same spot in 1616.

The west facing church has a nave with three chapels on both side, a choir on the first floor, a main altar and two other altars. Belfry and a sacristy are on the north of main altar, today which you see the house of Archaeological Museum was actually a convent forming annexure to the church.

The exterior of the Church is of the Tuscan order while the main entrance is in Manuline style. The main altar is Baroque with Corinthian features. There are no aisles but only a nave, which is rib-vaulted. The internal buttress walls separating the chapels and supporting the gallery on top.

The Church interior includes a richly ornamental niche with a tabernacle supported by the Four Evangelists on the main altar. In a niche on the façade stands a statue of our lady of miracles brought from Jaffna in Sri Lanka. Above the tabernacle are two large statues, one is St. Francis of Assisi and the other is the crucified Christ. A wooden statue of St. Francis of Assisi adorns a pedestal bearing the insignia of the Franciscans. A wooden pulpit richly carved with floral designs is to the left as one enters.

The convent contiguous to the Church now houses a museum that was set up by the Archaeological Survey of India in 1964. The museum contains artifacts, paintings and pieces of Hindu temple sculptures from Goa.