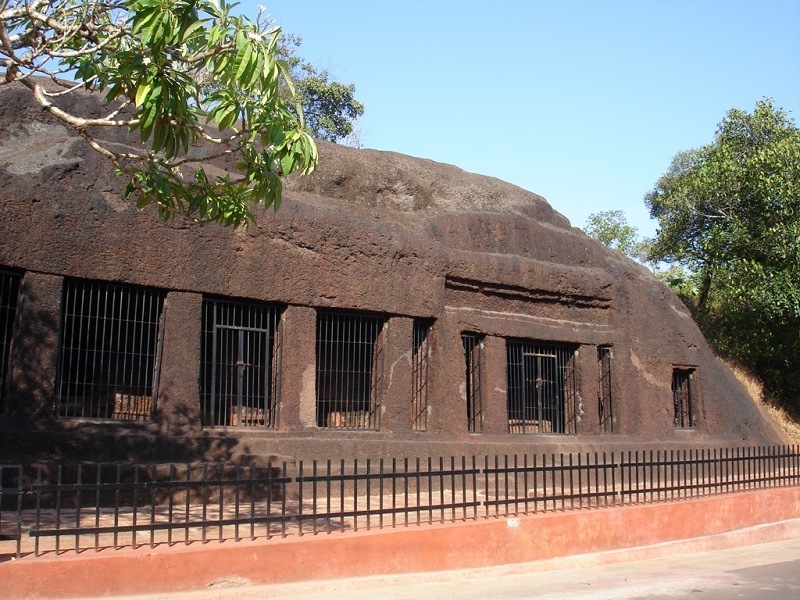 The Arvalem Caves are popularly known as ''Pandava Caves''. According to the history, the five Pandavas of the epic Mahabharata sought refuge in these caves during their exile. The Arvalem Caves are very much patterned in the Buddhist cave style. The architecture of the caves is simple yet appealing. The walls are plain with no paintings on them. The rock structure has been cut into laterite stone, with the sanctuary at the northern end and the vihara at the southern end. The mysterious look of the caves has been attracting the tourists over long years. The presence of the famous Rudreshwar temple and a waterfall in its vicinity, makes this place a must visit in Goa.

There are five compartments in the cave complex and the middle compartment enshrines the 'linga' held in great reverence by devotees. The shafts of the four crafted lingas are very similar to those that can be found in Elephanta, Ajanta and Ellora caves in Maharashtra. The Shivalinga in the second cave is engraved with an inscription written in Sanskrit and Brahmi characters of the 7th century. The Shivalinga and the inscription are assigned to the period of the Bhoja King Kapalivarman. The complex consists of two major caves and a residential chamber.