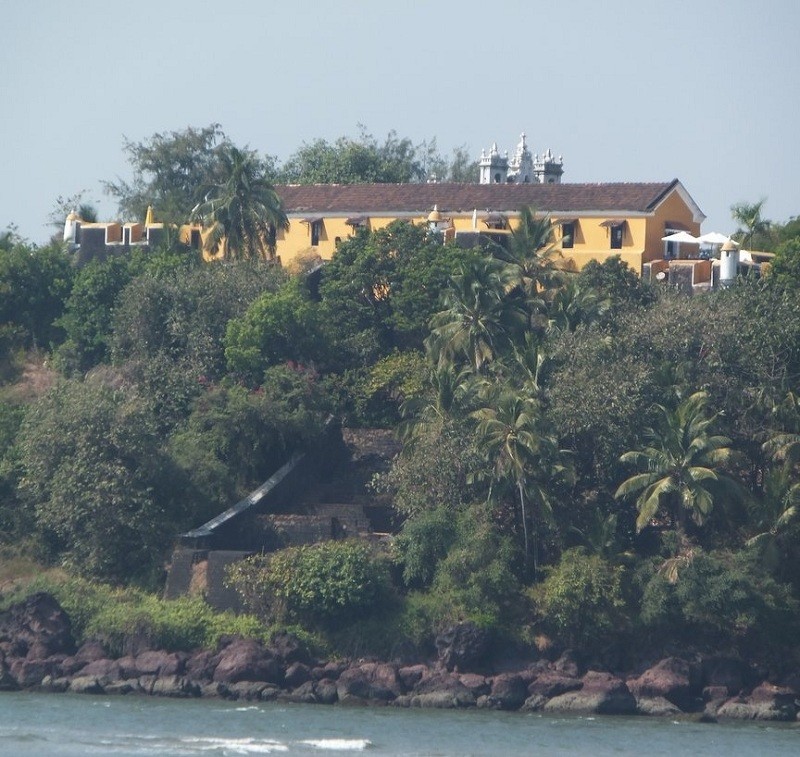 At a distance of 56 km from Panjim Kadamba Bus Stand, 82 km from Vasco Da Gama Railway Station and 43 km from Mapusa, Terekhol Fort or Tiracol Fort is located on the northern tip of Goa at the mouth of the Tiracol River. The name tir-khol means 'steep river bank' in Marathi.

Fort Terekhol was built by Maharaja Khem Sawant Bhonsle, the king of Sawantwadi in the 17th century. The Terekhol Fort was won by the Portuguese in 1746 and it became an important part of Portuguese maritime defences. The Fort was rebuilt in 1764 by the Portuguese viceroy Dom Pedro Miguel de Almeida.
The Fort site chosen was a hillock on the right bank of the river, which gave a commanding view of the Arabian Sea. The Bhonsles of Sawantwadi kept a sizeable fleet of native vessels which sheltered in the Tiracol River. The fort initially consisted of 12 guns, a barrack and a chapel.

The Fort also houses a church inside its premises which is known as the St. Anthony church. The church is usually not open for public to visit. It is only open to the public on the feast day. The feast of St. Anthony is held usually in the month of May.