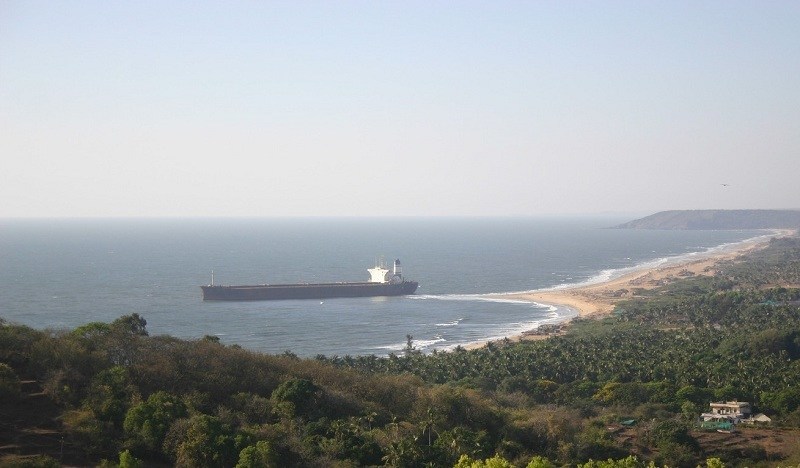 At a distance of 11 km from Panjim Kadamba Bus Stand, 38 km from Vasco Da Gama Railway Station and 12 km from Mapusa, Candolim Beach is a part of a long extension of beach coastline along the Arabian Sea that begins at Fort Aguada and ends at Chapora Beach in North Goa.

Candolim Beach is positioned between Sinquerim and Calangute beaches. Candolim Beach is another relatively busy soft sandy beach that due to erosion can be narrow in some places. The bulk ore carrier River Princess ended up being grounded some 100 m from the beach during the 2001 monsoon. Despite numerous pledges by both local and central government, she still lays rusting. Various attempts have been made to salvage or refloat the ship.

The founder of science of hypnotism Father Abbe Faria was born here. Candolim is also the place where the Goans launched first revolt against Portuguese. Candolim Beach was the first area to have adopted Christianity under the Portuguese rule.

The water can be rough and there's little shade here. It makes swimming nearby very dangerous due to the strong undercurrents. Candolim Beach offers various water sports activities like parasailing to water skiing, wind surfing and so on. Fishing is an activity for those who love peaceful and quiet environment. Yoga and meditation has also gained popularity here because of the idyllic atmosphere.

Candolim Beach is the host of the Sunburn Festival, India's biggest electronic music festival. Held over 3 days, Sunburn festival has multiple stages with artists playing simultaneously daily. It is attended by thousands of people not only from the country, but across the world.