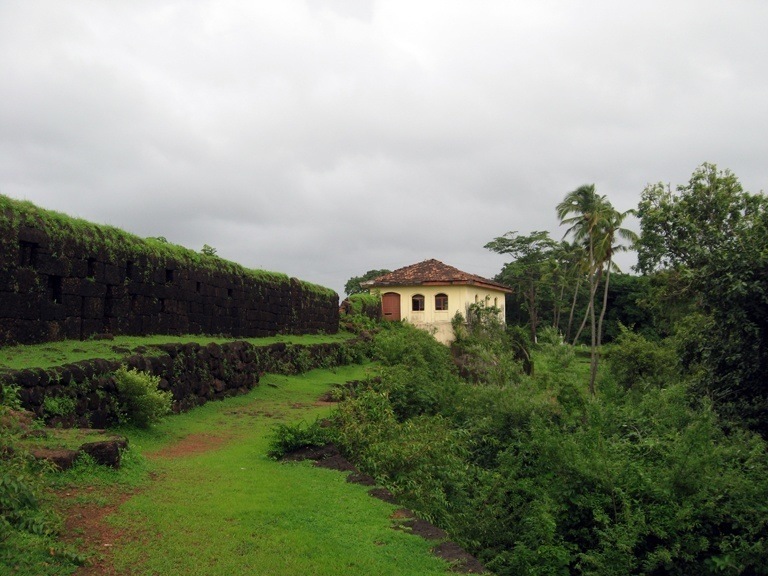 At a distance of 60 km from Panjim Kadamba Bus Stand, 56 km from Vasco Da Gama Railway Station and 27 km from Margao Railway Station, The Cabo De Rama Fort is situated in South Goa. This is one of the prime attractions in South Goa and also an ideal Goa sightseeing options.

Cabo de Rama Fort is also known as The Cape of Rama. The fort derives its name from Rama, the hero of the epic Ramayana stayed here with his wife during their 14 years of exile. The Fort was first occupied by Hindu rulers who spread their empire all over India. The cape is crowned by a fort which was originally a Hindu structure and rebuilt by the Portuguese in 1763 after acquiring it from the Maratha King of Sonda. The Fort has elaborated defenses complete with a moat, gatehouse and several bastions. Many of the bastions still have large cannons lying strewn above them. The fort has a well and two springs from which cold and hot water used to emerge from two different nozzles. The Fort also houses a large water tank with stone steps descending into it. Also within the Fort are ruins of buildings that may have been used are quarters for the troops stationed at the fort.

This Fort was invaded by many armies at different periods of time and has witnessed numerous battles particularly naval ones. It was used as a prison till 1955 after it was taken over by the British from 1792 to 1813. The main entrance has been restored and yellow washed but the fort now lies in ruins.
Inside the Cabo de Rama Fort, there is the church of Santo Antonio which is in excellent condition and is still used by devotees. The white church and the black fort provide a photographic picture of stark contrast. Cabo De Rama fort gives a stunning view of the sea from the western side.
Timings: 9 am to 5 pm on all days.