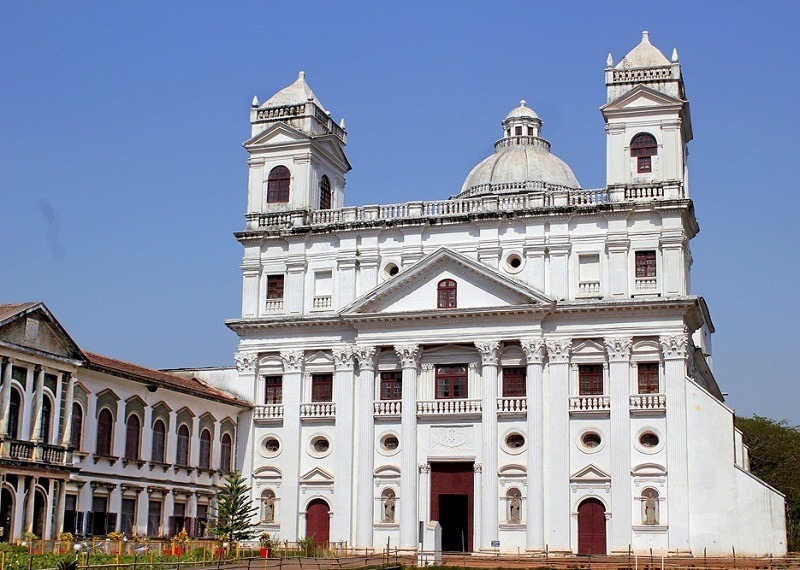 At a distance of 10 km from Panjim Kadamba Bus Stand and 27 km from Vasco Da Gama Railway Station, St. Cajetan's Church stands opposite to the Se Cathedral in Old Goa. This place is part of UNESCO World Heritage Site (Churches & Convents of Goa).

The St. Cajetan Church has been constructed on the primary design of the Basilica of St. Peter in Rome. The Church of St. Cajetan is the only surviving domed church in Goa. The Church of St Cajetan was built by Italian friars of the Order of Theatines, who were sent by Pope Urban III to preach Christianity in the kingdom of Golconda. The friars were not permitted to work in Golconda so settled at Old Goa in 1640. The construction of the church began in 1655 and completed in 1661.The Church is named after the founder of the Theatine order, St. Cajetan. The main altar of the St Cajetan Church is dedicated to Our Lady of Divine Providence.

The body of the church is divided into a nave and two aisles. There are three altars on each side of the main altar. The three altars on the left side are dedicated to the Holy Family, Our Lady of Piety and St. Clare, while the altars to the left are dedicated to St. John, St. Cajetan and St. Agnes. The altar dedicated to St. Cajetan is the largest in the church. A wooden platform emerges from one of the docks and is beautifully adorned and decorated. The paintings on the altars are in the style of the Italian School as it was practiced then. Some of these paintings in the St Cajetan Church also depict scenes from the life of St. Cajetan. The frontispiece of the church also has two belfry towers positioned on either side. The shape of the main body of the church from inside is a Greek cross, while from the outside it is oblong in shape.

There is a well in the premises of the church that is very old. The presence of this well has made many historians speculate that there was a Hindu temple at this site.