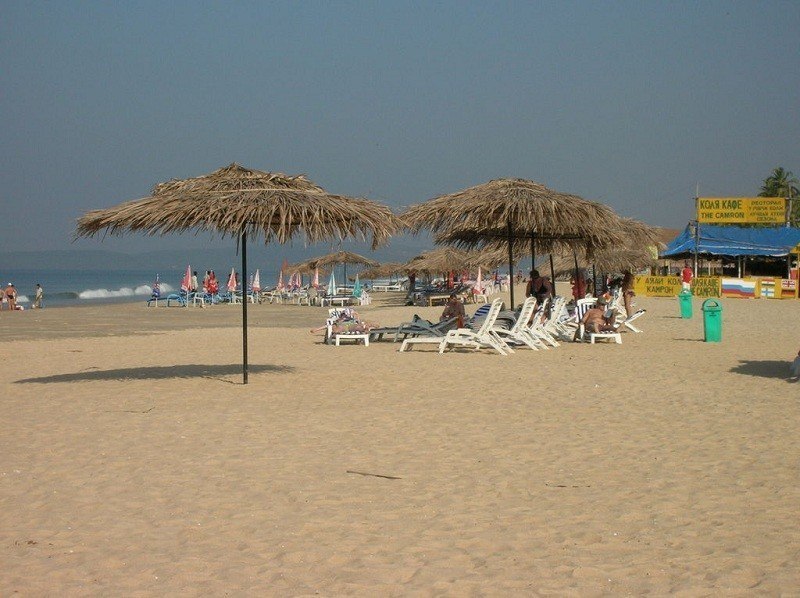 At a distance of 29 km from Panjim Kadamba Bus Stand, 21 km from Vasco Da Gama and 11 km from Margao Railway Station, Majorda is one of the most popular beaches in South Goa.

Majorda Beach is situated in the southern part of Bogmalo. This beautiful beach covered with lot of palm groves. Some of the most famous hotels and resorts of Goa are found here and thus it is quite a popular place for a holiday.

According the Indian mythology, Legends believed that Lord Rama was kidnapped and brought to the Majorda beach in his childhood. Later, again in life while in quest of his consort Sita, he came to the Cabo-de-Rama which lies at the southern end of the Majorda beach.

Majorda is also the place where the Jesuits discovered the best toddy of Goa who used it to leaven the bread. Even today the people of Majorda are known to be the best bakers of Goa as they were the first to know the art of baking European breads.

The calm and clear waters are ideal for swimming, though it is advisable to stay close to the shores, especially if you are not a trained swimmer. Majorda is also an excellent place for leisure activities and water sports like jet skiing, water skiing, parasailing and etc.

This beach also has a number of restaurants and beach shacks that serve up tasty dishes from the cuisine of Goa, Europe and India. The seafood available here is quite varied and the taste is just awesome.

Another popular attraction in Majorda is the Mae De Deus Church. The Church was found in 1588 A.D. After being destroyed in 1738, it was rebuilt in 1739. There are also many chapels and crosses almost in every section of the village.