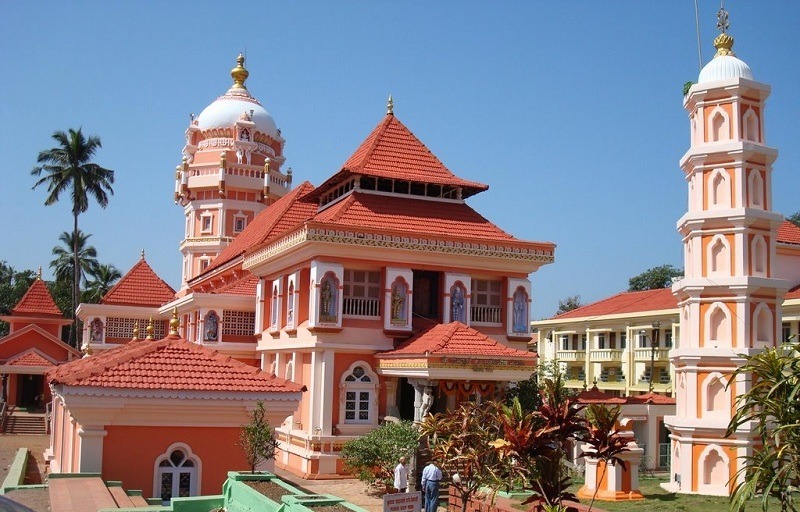 Shri Shantadurga Kunkalikarin Temple is located at Fatorpa of Quepem Taluka and is one of the oldest temples of Goa. It is also one of the prime places to visit in Goa. This temple is dedicated to Goddess Shri Shantadurga. Originally from Cuncolim village in Salcete Taluka, the Goddess was removed to Fatorpa in 16th Century during religious persecution by the Portuguese.

During the reign of Maratha ruler Chatrapati Shahu, the temple was reconstructed which was previously destroyed by Portuguese invasion. The temple complex is on the foothills of a mountain chain bordered by greenery in all sides. At the entrance of the temple of Shree Shantadurga Kunkalikarin, there is a massive doorway called Mahadwar. The temple has the big gold plated kalash that is built on the main dome with ornamented designs. In the garbhagraha, there are two statues of Shree Shantadurga. One is in a sitting position and the second idol of the Devi is in standing position. The same is the Darshanamurti because the devotees can take darshan of her daily. This statue is made up of the five metals. She is standing on a patt. She holds a trishul, sudarshan chakra and an arrow in her hand.

The annual 'Zatra' falls in the month of Pausha Shuddha Navami and attracts thousands of devotees and tourists from all over the world. Every year thousands of visitors visits Shantadurga temple. There is agrashala or guest houses within the temple compound to accommodate the visitors.