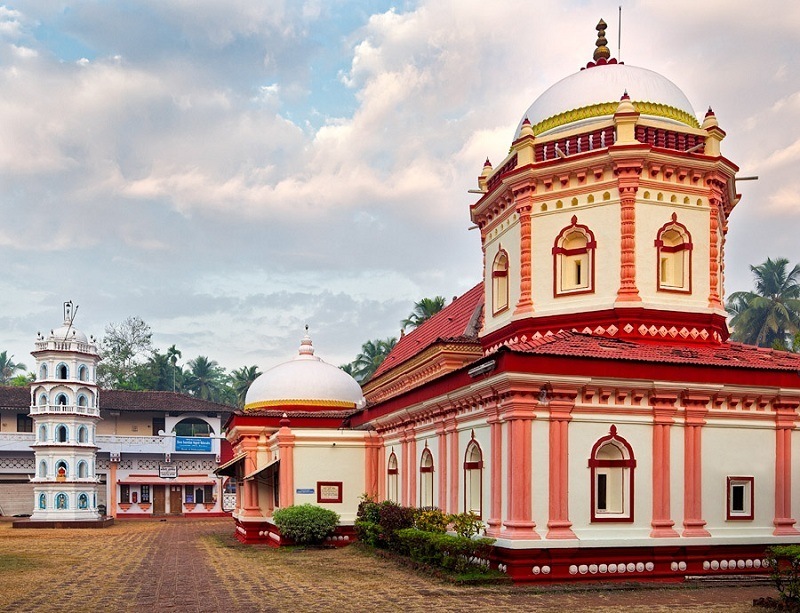 At a distance of 26 km from Panjim Kadamba Bus Stand, 37 km from Vasco Da Gama Railway Station and 21.5 km from Margao Railway Station, Shri Nageshi Temple is situated in North Goa.
Shri Nageshi Temple or Nagueshi Temple is an ancient Hindu temple located at Donshiwado of Ponda Taluka. This Temple is dedicated to Lord Naguesh an incarnation of Lord Shiva. This temple is one of the oldest in Goa and of considerable archaeological importance and also among well known Goa places to visit.

Shri Nageshi Temple is considered to be ''Swayambhu'' shrine of Lord Shiva popularly known for its miraculous powers. The history is not available at present except a reference in the folk songs. The environs known as Nagzar had in the past a grove of Shami trees. A cowherd noticed a cow from his herd regularly showering milk on a stone in the forest. Thus the Shiva linga was discovered by the people.

The Nageshi Temple was built in 1413, when the region was under the rule of King Veer Pratap Devaraya of the mighty Vijaynagara Empire. The temple underwent an extensive renovation process in the days of Chatrapati Shahu the Maratha ruler of Satara. This beautiful temple stands where it was originally built and not on restored grounds. It remains unaffected by the Portuguese rulers who arrived in the 16th century; the reason being the Antruj of Ponda Mahal was not under Portuguese domain.

The major attractions of the temple are the five-storied lamp tower or Deepstambha and the historic old water tank. It is built in such a way that standing at a certain point around the tank one can view the reflection of the idol of Lord Nagesh and the lighted lamps in the inner sanctum. The Sabhamandap of Shri Nageshi temple has a gallery on both sides which contains exquisite wooden carvings depicting the scenes of the great Ramayana and Mahabharata on one side and the wooden images of Astadikpalaka and Gandharva on the other.
A stone sculpture of the Nandi Bull- the vehicle of Lord Shiva is set at the entrance of the main shrine. On either side of the sanctum are ancillary shrines of Lakshmi Narayan and Lord Ganesh.