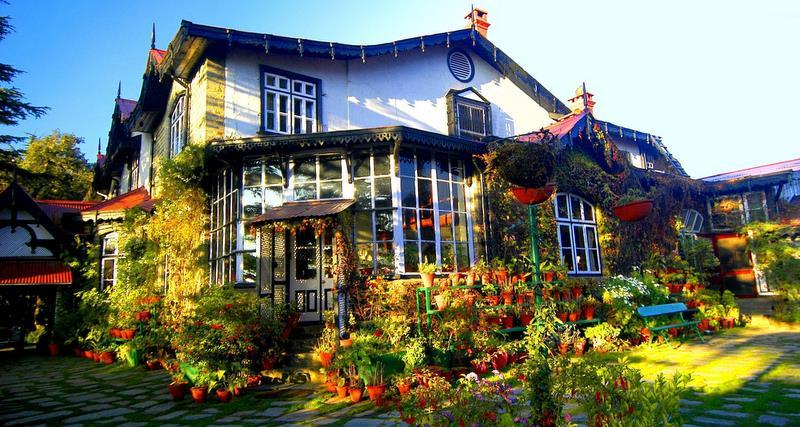 At a distance of 3 km from Shimla Railway Station, 3 km from Shimla Old Bus Stand, Chapslee Palace is situated at an altitude of 7100 ft above sea level, between Lakkar Bazaar and Longwood next to Auckland School, Elysium Hill, Shimla.

The hotel was opened to visitors in 1976 and since then Chapslee has continued to enamor guests with its old world charm and world-class services. Richly and brilliantly decorated with heirlooms such as Gobelin tapestries, rare textiles and cabinetry from the Doge's palace in Venice, chandeliers from Murano, blue pottery jardinieres from Multan, Peshwa vases, Persian carpets, marble statuary and a priceless collection of Indian object of art, Chapslee is the perfect retreat to allow you enjoy a royal holiday amidst splendor and grandeur of the bygone era.