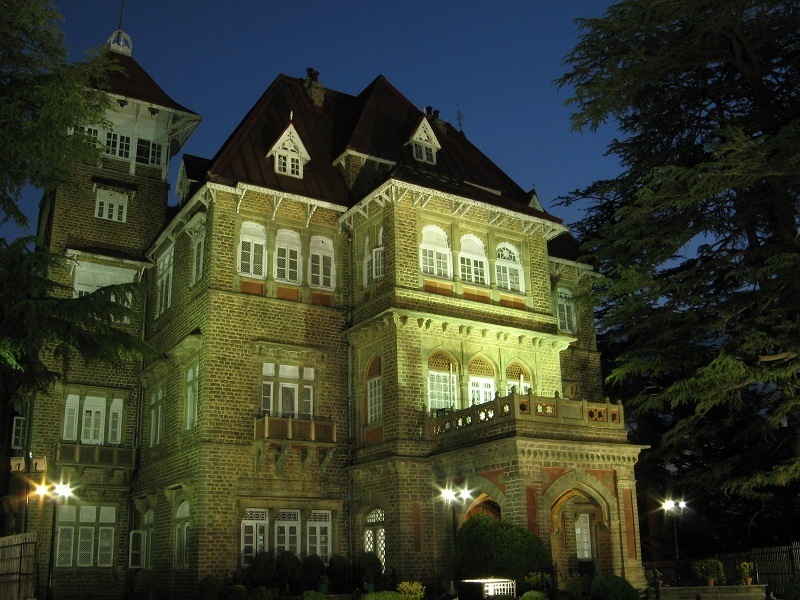 At a distance of 1 km from Shimla Railway Station and 1.5 km from Shimla Old Bus Stand, Gorton Castle is one of the most striking buildings of the British Empire in Shimla.

Gorton Castle is a three storey Heritage Building in Shimla built in 1904. This was designed and constructed in a Gothic style; the foundation of the building was laid by Sir Swinton Jacob, a renowned British architect. Sir Swinton Jacob was working as a consulting engineer in Jaipur. He earned fame for his masterpiece architectures and also produced some fine work ''in the Indo-Sarcanic style, which combined Hindu, Muslim and Western traditions'', including the Lalghar Palace in Bikaner and the Albert Hall in Jaipur. He was also responsible for the original red sandstone buildings of St Stephen's College at Kashmir Gate in Delhi.

Gorton Castle is positioned on the hilltop, spread across an area of 400 ft x 100 ft. The three storey building comprises 125 small and big rooms. Gorton Castle is encircled by rosewood like timber blocks which were brought from Andaman Islands. Solid grey Sanjauli stone was used in the construction of the building and a red tile roof, which was replaced by galvanized red iron sheet roof. The Rajasthan jaali work on its balconies is the main attraction of this Castle.
The site belonged to Mr. Gorton, ICS in 1840. After changing hands thrice, it was purchased by a banker, Sir James Walker for Rs. 80,000. He wished to gift it for construction of Hospital. After much discussion and persuasion the building was acquired for its officers and Sir Walker was given alternate site where Walker Hospital was constructed.

Now, the Gorton Castle has offices of the Accountant General of Himachal Pradesh.