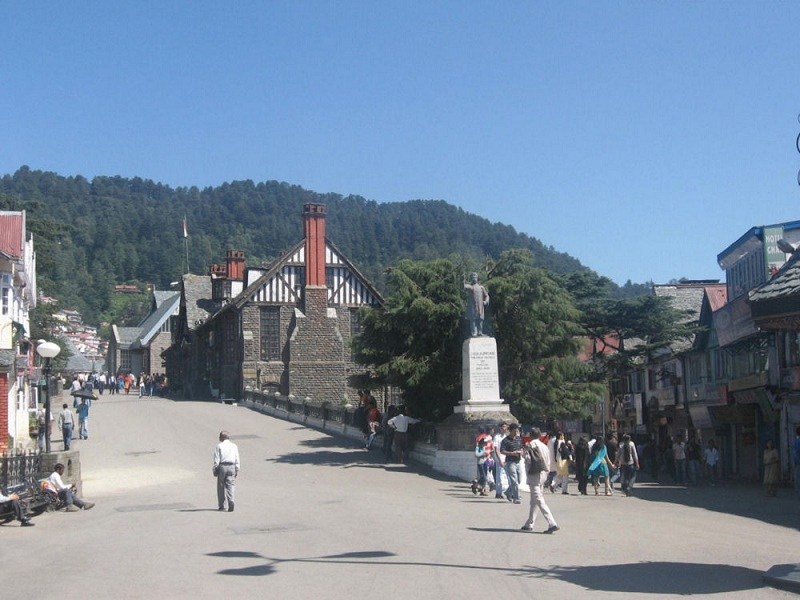 Place Location: Between The Mall And The Ridge

At a distance of 2 km from Shimla Railway Station and 1 km from Shimla Old Bus Stand, Scandal Point is located to the western edge of Shimla where The Ridge and Mall Road converge. The spot is considered to be the highest point of the Mall area.

According to the history Bhupinder Singh, the Maharaja of Patiala fell in love with the daughter of the viceroy. It is believed that the king and viceroy's daughter eloped from this point way back in 1892. Therefore, he was banned from entering Shimla. Later on, he founded the new summer capital of Chail for himself. The intersection between the Mall and the Ridge from where they eloped was named Scandal Point.

The most observable feature of this place is a statue of Indian freedom fighter Lal Lajpat Rai. Scotland Church is also one of the attractions of this place. The famous Alfa restaurant having some mouthwatering Indian food as well as western food, the picturesque view of the valley and the surrounding milky White Mountain peaks attract people from all age groups who enjoy the scenic beauty of the area. Scandal Point is surrounded by numerous shops and restaurants. One can also enjoy horse-riding around the area.