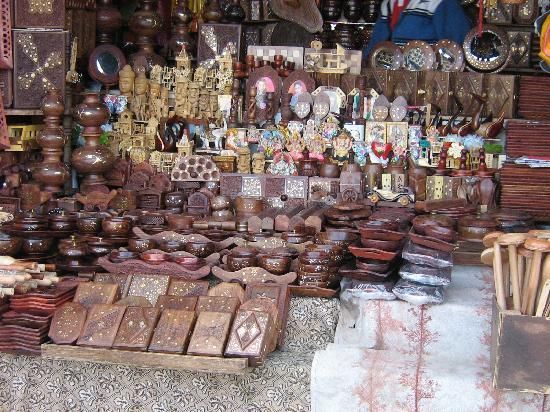 Place Location: Near The Ridge

At a distance of 2 km from Shimla Railway Station and 1.6 km from Shimla Old Bus Stand, Lakkar Bazaar is a shopping place famous for its wooden handicrafts in Shimla.

Lakkar Bazaar is also known as the wood bazaar is the marketplace and one of the special attractions in Shimla. Lakkar Bazaar is known for wooden toys made by a small group of Sikh carpenters who settled there a century ago from Hoshiarpur. This is the best place for the people who want to buy wooden goods at a cheaper price than in other cities. Wooden walking sticks are quite famous here.

The Bazaar is also popular for its Kullu Shawls and dry fruits. Lakkar Bazaar has all the great buys that a tourist is looking for. The shops in Lakkar Bazaar also sell handmade shoes, woolen caps and dolls which are unique in its kind.

The Lakkar Bazaar is the base from where the trek starts to the Jakhu peak. The market area also has an ice skating rink which is one of the special attractions in Lakkar Bazaar.