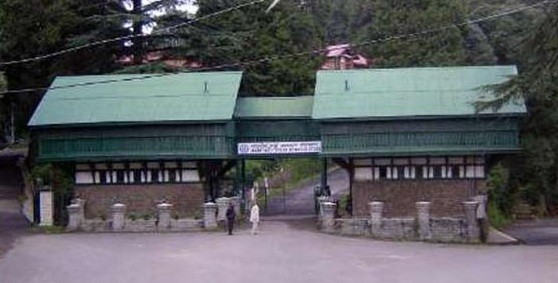 Travel Tips: This place can be visited while going to Vice Regal Lodge

At a distance of 1.5 km from Shimla Railway Station and 2.5 km from Shimla Old Bus Stand, The Gurkha Gate is one of the oldest Gateways of Shimla. It is the main gateway to the historical Vice Regal Lodge. The Lodge has a historic significance. It served as the residence to the Viceroy of India during the British rule and now houses the Indian Institute of Advanced Study.

The Gurkha Gate is situated on Chaura Maidan Road in Shimla. The gate was built as a tribute to the Gurkhas in honour of their bravery and loyalty to the British Empire. Lady Curzon, the then Vicereine was so impressed by their heroism that she admired the sacrifice of the Gurkha soldiers as a contribution to the country. It was she who conceived the idea of building a gate in their name and got it implemented.

The building of the stone structure offers an interesting view to the visitors. The gateway building had timber-framed Dhajji houses that were built for soldiers. The carvings on this imposing gate and the history behind its construction add to its popularity.