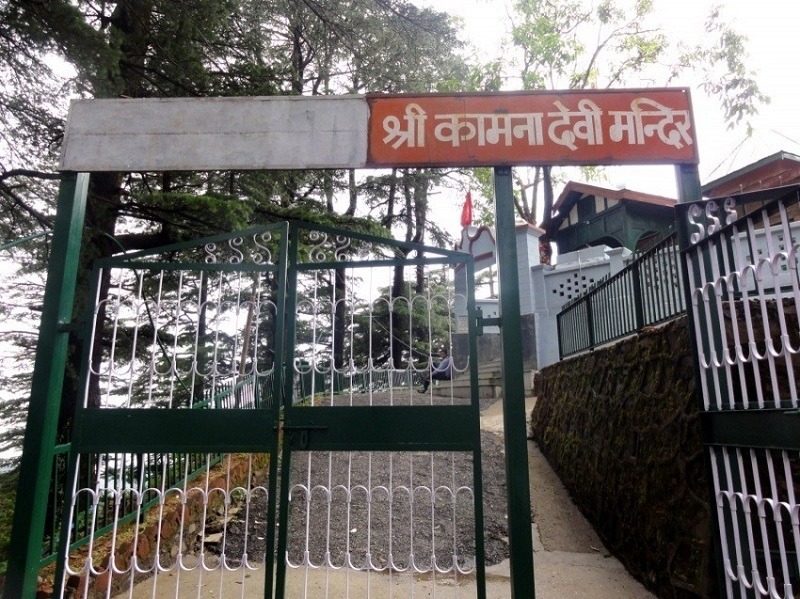 At a distance of 3 km from Shimla Railway Station and 4.2 km from Shimla Old Bus Stand, Kamna Devi Temple also known as Creeda Devi Temple is situated on Prospect Hill lies at an altitude of 2200 m. The Kamna Devi temple takes about a 10 minutes walk from Boileauganj located on the Shimla-Bilaspur national highway.

The presiding deity of Kamna Devi temple is Goddess Kali, an incarnation of Goddess Durga and was built by Rana of Junga. It is believed that Goddess Kali fulfills the desires of all her devotees who travel up the hill and offer prayers in the temple. This temple is visited by countless devotees every year.

The temple was surrounded by tall deodar and pine trees. The temple offers glorious view of the surrounding hills. It is also an ideal base for trekkers, nature lovers and bird watchers.

The picturesque view of Tara Devi and southern Shimla from here is mesmerizing. People can also indulge in adventurous activities like trekking and rock-climbing at the Prospect Hill.