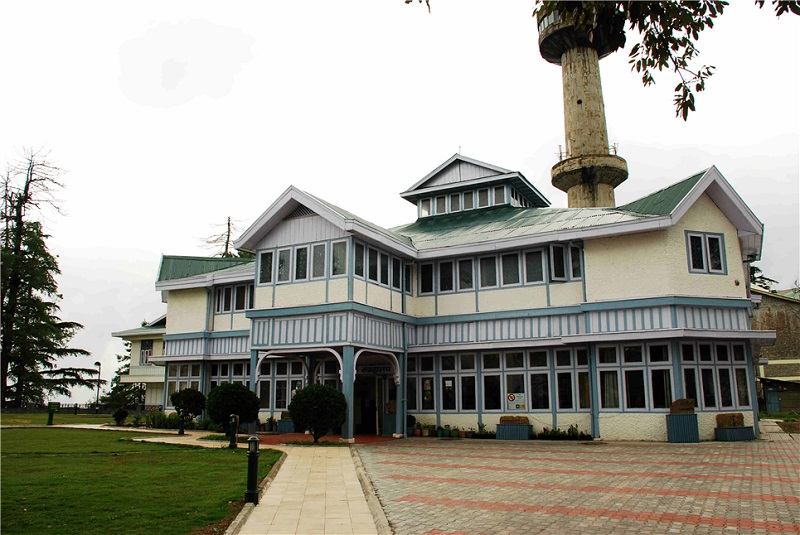 At a distance of 1 km from Shimla Railway Station and 2 km from Shimla Old Bus Stand, Shimla State Museum is situated at the top of Mount Pleasant. Also known as Himachal State Museum and Library, it was built in the year 1974. The Himachal State Museum is a colonial building that was built with the aim of preserving the state's rich cultural and archaeological artifacts. The colonial style building amidst marvelous lawns in itself is an inspiring sight. It is one of popular Shimla tourist places. It gives you an in depth view of the city's glorious past.

The lifestyle and culture of the people of the Himalayas are reflected in the paintings. Rajasthani and Mughal paintings are awe-inspiring. Stone works of Bajaura and Masrur belonging to 8th century are seen here. The museum also features a doll gallery that showcases a collection of Himachali bride and tribal dolls while the collection which is worth a look. There is also a separate room dedicated to Mahatma Gandhi, displaying his photos when he visited Shimla and his political cartoons that comment on his relations with the British. The museum houses a library, which has a wide range of collections of historical books. Various manuscripts are also found in the library. It is a perfect place for art lovers and people who want to know about the history and culture of Himachal Pradesh.

Timing: 10 am to 5 pm on all days except Mondays and Public Holidays.