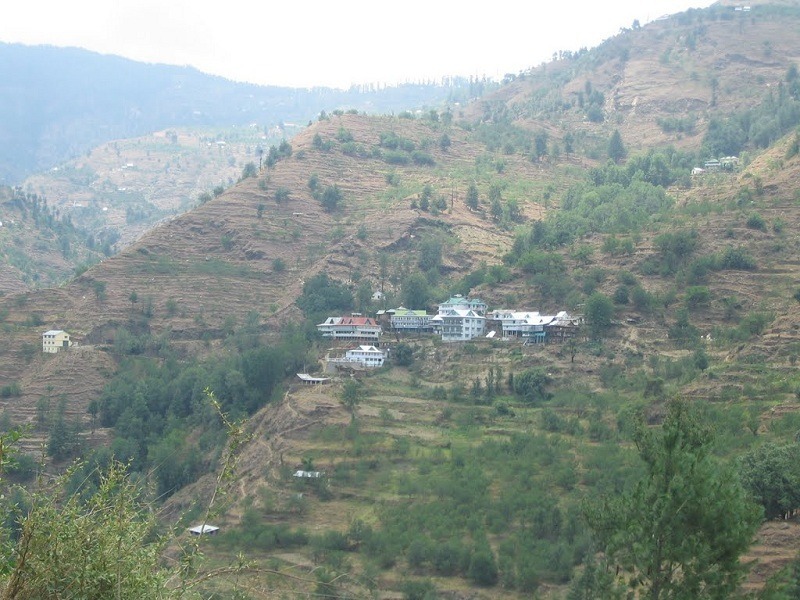 At a distance of 90 km from Shimla & 76 km from Kufri, Jubbal is a hill town located on the banks of the River Pabbar in Himachal Pradesh at an altitude of 1901 m above sea level. It is famous for apple orchards and the Jubbal Palace. Jubbal is one of the wellknown Places to visit in Himachal.

The princely state of Jubbal was founded in 1800. The place offers a panoramic view of the natural landscape. It was occupied by Nepal from 1803 to 1815 and by the British from 1832 to 1840. The rulers who belonged to the Rathore clan took the title of Rana. The last ruler Rana Baghat Chandra took the title of Raja in 1918. Jubbal was founded by King Karam Chand and was merged with the Indian Territory on the 15th of April, 1948 during the reign of King Digvijay Singh.

Jubbal State had an area of 288 square miles and was famous for its dense forests of 'deodar' trees. The hill station has managed to keep alive its princely elegance through the mansions and forts. Jubbal is famous for Jubbal Palace, Hatkeshwari temple and Chander Nahan Lake.

Jubbal Palace was designed by a French architect and it is an attractive and historical tourist destination.

The Hatkeshwari temple is a beautiful two storied pagoda style structure believed to have been built by the Pandavas. Constructed around 800-1000 AD, the temple was renovated by the Jubbal rulers in the 19th century; the main idol of Hatkeshwari and the inner sanctum sanctorum were barely affected though.

Chander Nahan Lake known as the originating point of the River Pabbar is a major tourist destination of Jubbal nestled at an elevation of 4260 m above sea level. Located at close vicinity to the Chansal Peak, the lake and its surroundings together create a breath taking view.

Jubbal celebrates the Hemis and Rampur Jatar Festivals in the month of June and July.