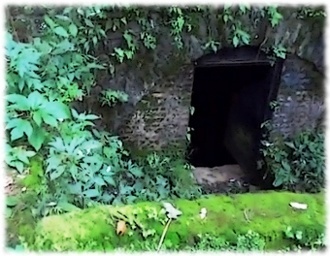 At a distance of 51 km from Shimla, Grave of Barog is located in Barog Village of Solan District, Himachal Pradesh.

Dating back to 20th century, the foundation of narrow gauge Kalka-Shimla Railway was laid by Colonel Barog as per the orders of government. He commenced digging the tunnel from both sides of the mountain, which is quite common as it speeds up construction. While constructing the tunnel, some errors in the calculation occurred, due to which two ends of tunnel did not meet. As a punishment, he was fined by the British Government. He was feeling so disgraced by the entire incident that he committed suicide. His body was buried at a place close to the incomplete tunnel and thus this area was named after him.

It is believed that according to the design laid out by Barog, this tunnel would have been the world's longest of its kind, if successfully constructed. People from places near and far come here to witness the grave and its scenic surroundings. The Grave of Barog is surrounded by a garden, which is well maintained and beautifully manicured.

Soon another tunnel was built by H.S. Harrington, Chief Engineer in Railways at that time. This tunnel is the longest of the 103 operational tunnels on the route of the Shimla-Kalka Railway, which is 1143.61m long. Barog station is immediately after the tunnel. Barog tunnel is the straightest tunnel in the World. Trains take about 3 minutes to cross this tunnel, running at 25 km per hour.