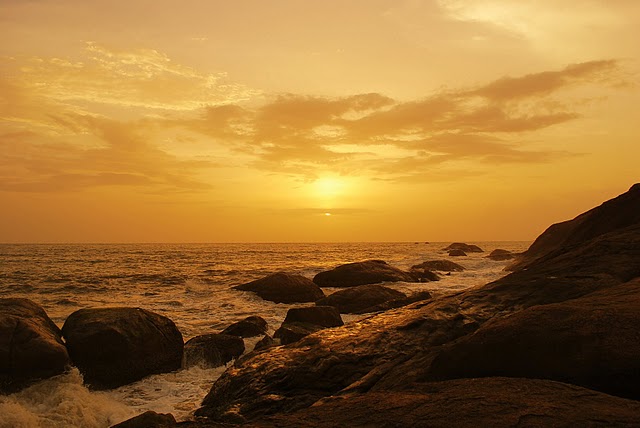 At a distance of 132 km from Coorg, 251 km from Mysore, 275 km from Karwar, 345 km from Bangalore, 372 km from Goa, 413 km from Coimbatore, 420 km from Kochi, and 682 km from Chennai, Mangalore (or Mangaluru) is an important port city on the west coast and the headquarters of Dakshina Kannada district of Karnataka. Located at the confluence of Nethravathi and Gurupura Rivers, it is one of the popular tourist places in Karnataka, and among the stunning places to visit near Bangalore.

Mangalore was occupied by many rulers such as the Rashtrakutas, Kadambas, Chalukyas, Hoysalas, and Vijayanagar dynasties as well as the Portuguese in the mid16th century. The region was later occupied by Hyder Ali in the year 1763 and then came under the rule of the British from 1768 to 1794. Tipu Sultan again took control of this area in 1794. After the death of Tipu Sultan in 1799, the city was re-conquered by the British and it remained under British administration till India's independence in 1947.

Mangalore is a scenic place dotted with coconut palms, hills, and streams, and is known for its temples and beaches. The Mangaladevi temple, Kadri Manjunatha temple, St Aloysius Chapel, the Rosario Cathedral, the Jama Masjid, Mukka Beach, Someshwara Beach, Tannirbavi Beach, and Panambur beach are some of the prominent places to visit in Mangalore. It is also famous for its seafood and Udupi-style dishes.

Dharmasthala, Subramanya, Kollur, Udupi, Karkala, Venoor, and Moodabidri are the nearby places of interest. Mangalore is the starting point of many Udupi tour packages., Dharmasthala, and Gokarna Tour Packages.

Yakshagana is the most famous folk dance in the city and it is quite spectacular. This is a night-long drama and dance concert that serves as the perfect representation of the cultural heritage of Mangalore.

About 15 km away, Mangalore airport is well connected by flight with the cities like Chennai, Bangalore, New Delhi, Kochi, Trivandrum, Pondicherry, Goa, Kolkata, Dubai, Bangkok, and Singapore. There are two important railway stations in Mangalore one is Mangalore Central and the other is Mangalore Junction. Mangalore Central is the hub for trains with Mangalore as the final destination while Mangalore Junction is the halt for long-distance trains passing through Mangalore. Mangalore has train connectivity with Bangalore, Chennai, Hyderabad, Nagarcoil, Trivandrum, Kochi, Karwar, Cannanore, Coimbatore, Mumbai, Ahmedabad, Amritsar, New Delhi and Madgoan.

There are two main bus stations in Mangalore - KSRTC Bus Station with connectivity to Bangalore, Goa, Mysore, Hubli, and Mumbai. The other bus station is called State Bank Bus Stand with buses to nearby towns in Kerala and Karnataka.

The best time to visit Mangalore would be between the months of October and January when the climate is pleasant. Usually it takes 2 full days to visit major tourist destinations in Mangalore.

How to Reach Mangalore - Full Details

Top 10 Places to Visit in Mangalore

#1 of 44 Places to Visit in Mangalore

At a distance of 12 km from Mangalore Railway Station, Tannirbavi Beach is located towards the southern end of Mangalore Port. The beach is the property of Mangalore port trust. This is one of the best beaches in Mangalore and among the top Mangalore tourist places.

The soft sands of the beach and breezy winds of the Arabian Sea offer a memorable experience as part of Mangalore Tour Packages. It is also a favorite spot to watch the sunset. You can see the remains of a ship which sank 15 years ago near the beach. This beach is comparatively deserted and is a great spot for safe swimming.

Due to the poor connectivity, it's important to have your own vehicle to visit this beach in Mangaluru.

#2 of 44 Places to Visit in Mangalore

At a distance of 3 km from Mangalore Railway Station, Mangaladevi Temple is a Hindu temple situated in the Bolara locality of Mangalore. It is one of the top places to visit in Mangalore.

The temple is dedicated to Goddess Mangala Devi, from whom the city derived its name Mangalore. It is one of the must-visit places as part of Mangalore Tour Packages. The temple was built in the memory of Princess of Malabar Mangale in the 9th century.

The Navarathri is the famous annual festival of this temple. On the ninth day (known as Mahanavami) a large number of devotees participate in the .....

#3 of 44 Places to Visit in Mangalore

At a distance of 2.5 km from Mangalore Railway Station, Kudroli Temple is a sacred Hindu temple located in the city of Mangalore. It is one of the top places to visit in Mangalore, and among the popular places of pilgrimage in Karnataka.

Kudroli Temple is dedicated to Gokarnanatheswara, another form of Lord Shiva. This is the only temple in Karnataka started by Narayana Guru, the famous social reformer from Kerala, and among the must include places in Mangalore Tour Packages.

This temple was built by a devotee called H. Koragappa in the year 1912 under the guidance of Narayana Guru. In 1991, the gopuram of the temple was renovated to Chola Gopuram style. The Shiva Linga is carved out of marble brought by Narayana Guru from Gokarna where he found .....

#4 of 44 Places to Visit in Mangalore

At a distance of 1.5 Kms from Mangalore Railway Station, St. Aloysius Chapel is located inside St. Aloysius College Ground situated in the heart of Mangalore city. The walls of the chapel are covered with the paintings of the artist Antony Moshaini of Italy. The church was built in the year 1899-1900 by Father Joseph Willy. It is one of the top attractions in Mangalore.

This Chapel is comparable with the Sistine chapel in Rome. The special beauty of the chapel is the wonderful series of paintings. The two types of paintings in the chapel are fresco on plaster and oil on canvas. The sloping portion of the ceiling has paintings of St Peter and the Crowing of the Cock, Saints Paul, Andrew, James, John, Thomas, Philip, Mathew, Bartholomew, Simon and Jude. The central row of paintings on the ceiling depicts the life of St Aloysius Gonzaga to whom the chapel is dedicated.

#5 of 44 Places to Visit in Mangalore

At a distance of 100 km from Mangalore, Kukke Subrahmanya Temple is a sacred Hindu temple located at Kukke near Mangalore. It is one of the most famous temples in Karnataka and among the must-visit places as part of Mangalore holiday packages.

Dedicated to Lord Murugan, Kukke Subrahmanya Temple is one of the important temples of Lord Subrahmanya (Lord Murugan), and among the famous pilgrimage places to visit near Mangalore. This temple is famous for Sarpa Dosha. Lord Subrahmanya is worshipped as the protector of all serpents. The epics mention that the divine serpent Vasuki and other serpents found refugee under Lord Subrahmanya when attacked by Garuda.

Pilgrims visiting the temple have to cross the Kumaradhara River and take a holy dip in it before entering the temple. According to Mythology, Lord Kumaraswamy killed the demon rulers Taraka, Shoorapadmasura in a war; and washed .....

#6 of 44 Places to Visit in Mangalore

At a distance of 70 km from Mangalore, Dharmasthala is a sacred town in Karnataka. Situated on the banks of the Nethravathi River, it is one of the famous places of pilgrimage in Karnataka, and among the popular places to visit as part of Mangalore Packages.

The main attraction of Dharmasthala is the famous Manjunatha Temple. This place is also known as Sri Kshetra, and is one of the top places to visit near Mangalore. Dedicated to Lord Shiva in the form of Manjunatha or Lokeshwara, this temple dates back to 16th Century. It is said that the Shiva Linga worshipped at this temple was procured from Kadri Temple in Mangalore. This place was known as Kuduma and was later renamed Dharmasthala in the 16th century by Vadiraja Swami of Udupi.

#7 of 44 Places to Visit in Mangalore

At a distance of 26 km from Sringeri, 31 km from Thirthahalli, 55 km from Udupi, 62 km from Kundapura, 77 km from Kudremukh, 94 km from Shimoga, 112 km from Mangalore, 342 km from Bangalore, Agumbe is a small hill town located in the Shimoga district of Karnataka, India. Nestled in the thickly forested Malnadu region of the Western Ghats, it is one of the most mesmerizing offbeat hill stations in Karnataka, and among the most famous places to visit near Mangalore.

Situated at an altitude of over 2100 feet, the scenic village of Agumbe lies in the Western Ghats belt with some of the last remaining lowland rainforests. The place is nicknamed 'The Cherrapunji of the South' as it receives the heaviest rainfall in the southern part which makes it a perfect home to some of the scenic waterfalls, dense forests, and rivers. It is also called Hasiru Honnu means green gold as it is home to .....

#8 of 44 Places to Visit in Mangalore

Spreads over an area of 40 acres, Bekal Fort happens to be the biggest fort of Kerala, and among the famous heritage sites near Mangalore. This fort is more than 300 years old and is believed to have been built in the 1650s by Sivappa Naik of the Ikkeri dynasty. There is also another belief that it was originally built by Kolathiri Rajas and was captured by Sivappa Naik. The fort was occupied by Hyder Ali of Mysore in 1763 AD and later by the British. Being the source of attraction for historians and tourists, .....

#9 of 44 Places to Visit in Mangalore

At a distance of 2 km from Bekal Fort, 28 km from Kasaragod, 62 km from Mangalore & 78 km from Kannur, Bekal Fort Beach is a beautiful sea beach on the Malabar Coastline of Kerala. Situated near Bekal Fort, it is one of the best beaches in Kerala, and among the top places of sightseeing in Kasaragod.

Bekal Beach is one of the best-maintained beaches in Kasaragod, and among the stunning beaches near Mangalore. Swaying palm trees along the ridges of the beach, its evergreen outlook, the turquoise water of the Arabian Sea, and the tranquility that exists in and around Bekal Beach make it a much sought-after beach in Kerala. Along with the historic Bekal Fort, this sandy retreat leaves an everlasting impression in the minds of its visitors who visit the fort during their Kasaragod trip.

At a distance of 19 Kms from Mangalore Railway Station, Surathkal Beach on the shores of Arabian Sea is a clean beach with tremendous scenic beauty. The beach offers wonderful views of the sunset and it's usually crowded during evenings. It is one of the popular beaches near Mangalore.

The historical Sadashiva Temple near the beach is an added attraction. According to mythology, when Lord Ganesha kept Ravana's shivalinga on the ground, Ravana tried to pick it up with force and some pieces are scattered. One such piece from the linga is said to have fallen in Suratkal.

There is a light house near the Sadashiva Temple, located on a small hillock. Suratkal houses the famed National Institute of Technology Karnataka (NITK).

Suratkal is connected by frequent bus service with Mangaluru.