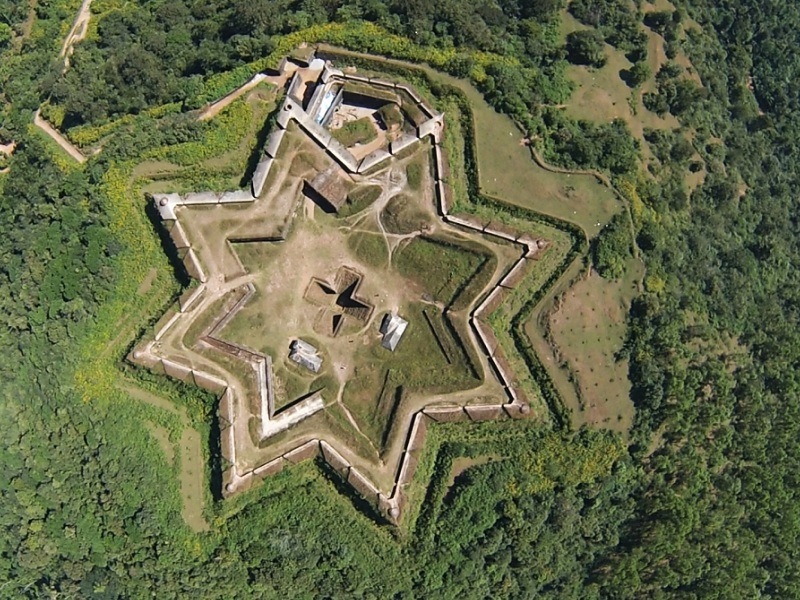 At a distance of 37 km from Belur, 44 km from Hassan, 62 km from Chikmagalur, 91 km from Dharmasthala, 151 km from Mangalore, 159 km from Shimoga, 163 km from Mysore, and 220 km from Bangalore, Sakleshpur or Sakleshpura is a hill station in Hassan district of Karnataka. Situated at an altitude of 3061 feet, Sakleshpur is one of the least explored hill stations in South India, and among the most popular Karnataka tourist places.

Lies in the Malnad region, Sakleshpura is the gateway to the Western Ghats from Bengaluru & Hassan side. It is one of the best scenic places to visit near Mangalore. The town is surrounded by lofty green hills covered with coffee, cardamom, pepper, and areca plantations which are the major attractions that one can experience as part of Sakleshpur Tour Packages. It is a spectacular town tucked away in the Western Ghats on Bangalore-Mangalore Highway. The beauty of this hill station has even got the name 'Poor Man's Ooty'. Sakleshpur is among the major producers of coffee and cardamom output in India.

According to history, the region was ruled by the Chalukyas, Hoysalas, and the kings of Mysore in yesteryears. It was during the time of the Hoysalas that the town received its name. Legends claim that the Hoysalas found a broken Shiva Linga when they arrived in the little town and promptly named it Sakleshwar. However, some locals claim that the town was so-named because it was extremely wealthy in terms of agricultural output. Sakleshpur can be visited along with Chikmagalur tour packages.

This beautiful hill station is very popular for its fascinating mountains, scenic beauty, and pleasant weather as well. Manjarabad Fort, Sakleshwara Temple, Agni Gudda Hill, Magajahalli Waterfalls, Betta Byraveshwara Temple, Hemavathi Dam, Pandavar Gudda, and Agni Gudda are some of the popular places to visit in Sakleshpur. Besides, this lesser-known hill station in the Western Ghats is famous for trekking activities in Bisle Reserve Forest Trail and Kumara Parvatha trail, in which one can explore the rich biodiversity of the place.

Sakleshpur maintains a cool and misty climate throughout the year but the best time to visit this quaint hill station is from October to April when the climate is pleasant and is suitable for sightseeing. Besides, the city is famous for Sakaleshwara Swami's Ratha yatra that takes place every year in February (on Purnima).

How to Reach Sakleshpur

How to Reach Sakleshpur - Full Details

Top 10 Places to Visit in Sakleshpur

#6 of 16 Places to Visit in Sakleshpur

At a distance of 6 km from Sakleshpur Bus Stand, Manjarabad Fort is an ancient fort situated in the Hassan district of Karnataka. It is one of the historical forts in Karnataka and among the best places to visit as part of Sakleshpur Tour Packages.

Situated at an altitude of 3, 240 feet, Manjarabad Fort is a star-shaped fort built in 1792 by Tippu Sultan, the then ruler of Mysore. It is one of the best heritage places to visit in Sakleshpur. Built as a frontier to store ammunition, Manjarabad Fort was used as a protection for Tippu Sultan's army against the British. The fort, when built, was inspected by Tippu Sultan who then found it enveloped in fog and hence named it as Manjarabad fort. The name Manjara is the corrupted version of 'manju' which means 'fog or mist' in Kannada.

This star-shaped fort was built on the pattern of the military .....

#7 of 16 Places to Visit in Sakleshpur

At a distance of 1.5 km from Sakleshpur Bus Stand, Sakleshwara Swamy Temple is a Hindu temple situated at Sakleshpura town in the Hassan district of Karnataka. It is one of the oldest temples in Karnataka, and among the top places to visit in Sakleshpur.

Situated on the banks of River Hemavathi, Sakleshwara Temple is dedicated to Lord Shiva. It is one of the must-visit places as part of Sakleshpur Tour Packages. Constructed between the 11th and 14th centuries, Sakleshwara Temple is a great remnant of the time when the Hoysala Empire was at its peak in South India. It is a beautiful temple that stands as a testimony to the excellent craftsmanship of Hoysala architecture.

Located at the entrance of the town, the temple is a very renowned place for pilgrims in the region and the town got its .....

#8 of 16 Places to Visit in Sakleshpur

At a distance of 5 km from Hanbal and 21 km from Sakleshpur, Magajahalli Falls is a beautiful waterfall situated at Magajahalli Village in the Hassan district of Karnataka. It is one of the picturesque waterfalls in Sakleshpur and among the best Sakleshpur tourist places.

Also known as Hanbal Falls and Abbi Gundi Falls, the waterfall falling from a height of about 20 feet and is a popular spot one can visit as part of Sakleshpur Tour Packages. Wrapped up under the lush greeneries, the whole place is filled with serenity and tranquility. Visitors can even get into the waters and enjoy themselves but need to be more cautious about the slippery rocks. Visitors can get a breathtaking view of the Pushpagiri Mountain range from the waterfall as it is situated just at the foothills of the mountain.

The best time to visit Magajahalli waterfalls is .....

#9 of 16 Places to Visit in Sakleshpur

At a distance of 35 km from Sakleshpur, Betta Byraveshwara Temple is ancient temple situated near Mekanagadde in Sakleshpur Taluk of Hassan district, Karnataka. Surrounded by serenity, it is one of the top places to visit in Sakleshpur.

Dedicated to Lord Shiva, Betta Byraveshwara Temple is located atop Pandavar Gudda Hill and is considered approximately 600 years old. The temple is nestled in the beautiful Western Ghats and offers a panoramic view of the landscape. According to the mythology, the Pandavas in Mahabharata stayed here for a short while during their exile. Also known as Bettada Bhairaveshwara Prasanna Temple, this is an excellent tourist spot for those who like the calm and beauty of nature. One can see some big grinding stones at the temple.

An annual Abhisheka will be held once in a year in January month where all the people from surrounding places come here to take the blessings of Lord Bhairava. There are also many popular hills of Sakleshpur which are located .....

#1 of 16 Places to Visit in Sakleshpur

At a distance of 100 km from Mangalore, Kukke Subrahmanya Temple is a sacred Hindu temple located at Kukke near Mangalore. It is one of the most famous temples in Karnataka and among the must-visit places as part of Mangalore holiday packages.

Dedicated to Lord Murugan, Kukke Subrahmanya Temple is one of the important temples of Lord Subrahmanya (Lord Murugan), and among the famous pilgrimage places to visit near Mangalore. This temple is famous for Sarpa Dosha. Lord Subrahmanya is worshipped as the protector of all serpents. The epics mention that the divine serpent Vasuki and other serpents found refugee under Lord Subrahmanya when attacked by Garuda.

Pilgrims visiting the temple have to cross the Kumaradhara River and take a holy dip in it before entering the temple. According to Mythology, Lord Kumaraswamy killed the demon rulers Taraka, Shoorapadmasura in a war; and washed .....

#2 of 16 Places to Visit in Sakleshpur

Among the most popular tourist places to visit near Bangalore, Belur .....

#3 of 16 Places to Visit in Sakleshpur

Halebidu was the glorified royal capital of the Hoysala kingdom in the 12th Century. .....

#4 of 16 Places to Visit in Sakleshpur

At a distance of 40 km from Kadur, 62 km from Hassan, 148 km from Mangalore, 178 km from Mysore, and 240 km from Bangalore, Chikmagalur (also known as Chikkamagaluru) is a hill town located in the Chikmagalur district of Karnataka. Situated at an altitude of 3,400 feet at the foothills of Mulliyangiri range, Chikmagalur is one of the best hill stations near Bangalore and among the must include places in Karnataka packages.

Situated in the Deccan plateau, Chikmagalur city belongs to the Malnad region of Karnataka. The Western Ghats start from this area. The Yagachi River is originated from the surrounding hills. Chikmagalur is famous for its serene environment, lush green forests and tall mountains. Baba Budangiri, Mulliyangiri, and Kemmanagundi are among the must include places in your Chikmagalur Tour Packages.

#5 of 16 Places to Visit in Sakleshpur

At a distance of 132 km from Coorg, 251 km from Mysore, 275 km from Karwar, 345 km from Bangalore, 372 km from Goa, 413 km from Coimbatore, 420 km from Kochi, and 682 km from Chennai, Mangalore (or Mangaluru) is an important port city on the west coast and the headquarters of Dakshina Kannada district of Karnataka. Located at the confluence of Nethravathi and Gurupura Rivers, it is one of the popular tourist places in Karnataka, and among the stunning places to visit near Bangalore.

At a distance of 28 km from Sakleshpur, Hosahalli Gutta or Hosahalli Betta is a mountain peak situated near Jedigadde village in the Sakleshpur region of Karnataka. It is one of the popular places for trekking enthusiasts as part of Sakleshpur tour packages.

Situated at an altitude of 2500 ft, Hosahalli Gudda Hill is often called a trekker's delight. Embrace the sheer force of nature by visiting Hosahalli Peak on a vacation to Sakleshpur. It is flocked by tourists who are interested in trekking and challenge their spirits for an adventure. The hill is surrounded by thick evergreen forests and many coffee and cardamom plantations that make it just a haven for nature lovers to retreat in a serene landscape.

Hosahalli Gutta is also known as Gajakesari Hill after the Kannada movie Gajakesari which was shot here. The breathtaking view from Hosahalli Gudda is the best when you wait there till the time of sunset and take back a memory of the trip that you'll probably remember for .....