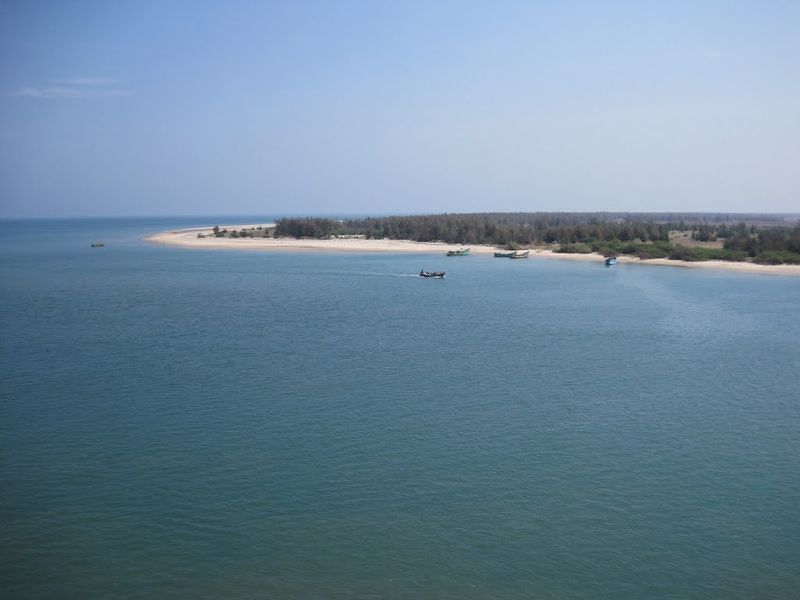 At a distance of 64 km from Rajahmundry, 168 km from Vizag, 211 km from Vijayawada and 459 km from Hyderabad, Kakinada is a city as well as a municipal corporation and also the headquarters of the East Godavari district in Andhra Pradesh. It is a port city situated on the Bay of Bengal and also one of the popular Andhra Pradesh tourist places.

The original name of this place was Kakanandivada. The city developed substantially after the European settlers came into the region. The Dutch were one of the first settlers in the region followed by the British; they named this place as Co-Canada. The name was then changed to Kakinada after the independence during 1947. Several signs of colonial times are seen around the city even today. Kakinada is one of the top attractions you must include in Vizag packages.

Kakinada is often referred to as the 'Fertilizer City' because of the numerous factories like Fertilizer, Sugar, Natural gas and Petroleum, Power generation, Edible oil refineries and Biofuel plants etc. It is part of a Special Economic Zone (SEZ) and the proposed sectors for investment in the city are Chemical, Petroleum and Petrochemical sectors. It is also known as the 'Pensioner's Paradise' and 'Second Madras' because the city is very well planned, and at the same time very peaceful.

There is a major natural port in Kakinada which is protected (against tides) by 18 km long Hope island. Kakinada Port is the main gateway port for the rich agricultural belt of East Godavari, West Godavari and Krishna Districts of Andhra Pradesh. Uppada beach is primarily considered as Kakinada beach which is having one of longest coastlines in Indian beaches. Kakinada Beach Festival or Sagara Sambaralu is an annual music festival held in the city. It is a three-day event where many artists perform. Located in Coastal Andhra, Kakinada has a strong influence of sea food offering mouth water gourmet delights for the tourists. It is also famous for Kakinada Kaaza, a special sweet made in the city.

Rajahmundry Airport is the nearest domestic airport, about 60 km from Kakinada. Vizag International Airport is 160 km away which provides better connectivity. Kakinada is well connected by trains with cities like Shirdi, Mumbai, Hyderabad, Vizag, Chennai, Vijayawada, Tirupati and Bangalore.

Best time to visit Kakinada is from October to March.

How to Reach Kakinada - Full Details

Top 10 Places to Visit in Kakinada

#1 of 8 Places to Visit in Kakinada

At a distance of 10 km from Kakinada Town Railway Station, 66 from Rajahmundry and 37 from Annavaram, Uppada Beach is located on Uppada Road and it offers a relaxed and rejuvenating ambience to enjoy the sun kissed sand and water. The wide shore is a major attraction of this beach. The clear water, the silver sand and the golden sun gifts the beach with a majestic beauty.

The wide shoreline and the gradual inclination into the water make it a safe beach. One can have a variety of activities at this beach. Shore activities like cricket, football, jogging and trekking can be fun and rejuvenating. The local fishermen along the beach are very friendly and also, one could get an experience of going along with the local fishermen for deep water fishing.

The sunrise and the sunset are very worth watching at this beach. This riveting seashore also has a beautiful well maintained park that adds to its beauty. One can find snack bars and .....

#2 of 8 Places to Visit in Kakinada

#3 of 8 Places to Visit in Kakinada

#4 of 8 Places to Visit in Kakinada

#5 of 8 Places to Visit in Kakinada

At a distance of 30 km from Kakinada, 62 km from Rajahmundry, 212 km from Vijayawada and 197 km from Vizag, Yanam is a town in the Indian union territory of Pondicherry; it is located in Yanam district, which forms a 30 sq. km enclave adjacent to East Godavari district in Andhra Pradesh.

Yanam was a Dutch colony prior to French takeover in the 1720s. Neelikundilu (indigo wells) are still found in the west of Yanam. The Dutch built a fort, which they used to store their currency, minted in nearby Neelapalli. The region was presented to the French general the Marquis de Bussy by the Vijayanagaram King as a token of gratitude for the help rendered by Bussy in his fight against the rulers of Bobbili.

For 200 years it was a French colony, and though united with India in 1954. It possesses a unique blend of French and Telugu culture prevailing in Andhra Pradesh. During French rule, .....

#6 of 8 Places to Visit in Kakinada

Lord Shiva is worshipped as Ksheera Ramalingeswara Swamy at this temple. The temple tower is one of the tallest among the temple towers in Andhra Pradesh. The height of the temple is 120 ft with 9 floors constructed during the reign of Chalukya Bheema in 9th century. The Prakara was designed by Sri Velupathi during 10th century. Gopuram was constructed by Sri Alladu Reddy during 14th Century. This ancient temple has been listed as a protected monument by the Archaeological Department. .....

#7 of 8 Places to Visit in Kakinada

According to legend, Tharakasura worships .....

#8 of 8 Places to Visit in Kakinada

The statue of the lord is visible above the waist and the lower portion is imagined to be in the earth. The holy feet are said to be offered to Bali Chakravarthi in Patala .....