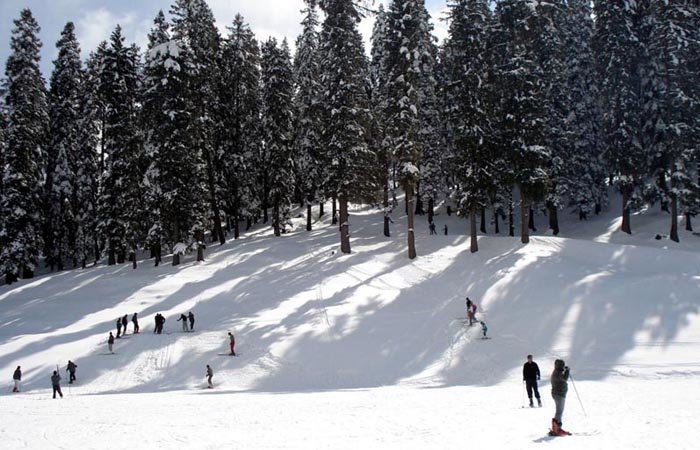 Place Location: On NH -22 Past Kufri

Narkanda is a hill station located between the valleys of River Sutlej and Giri. it is a well known destination for adventure in Himachal state. iIt is a place of natural beauty with scenic views of snow-clad mountains. It commands a unique view of the eternal snow line, the inviting apple orchards and dense forests.

Narkanda is famous for Skiing and Winter sports. During winter, the slopes come alive with skiers. The skiing at Narkanda was started in 1980 and since then HPTDC is conducting skiing courses every year. Today it is one of the most well known ski resorts in India.

Narkanda is surrounded by the Sivalik range. The place is famous for its apple and peach plantations. It is popularly known as the 'Getaway to Apple Country' as it connects to Thanedar, the main apple belt of Himachal Pradesh.

Hatu peak is 7 km from Narkanda. The famous Hatu Mata temple is situated at the top of the peak.Thanedar is known as the 'Fruit Bowl' of Himachal Pradesh known famously for apple orchards. Parm jyotir Temple is also a famous place to see in Thanedar.

Narkanda also has a lake called the Tannu Jubbar Lake which is one of the most important tourist attractions here.